Head of the Gamaleya Center Gunzburg: a nasal vaccine may also appear for other diseases 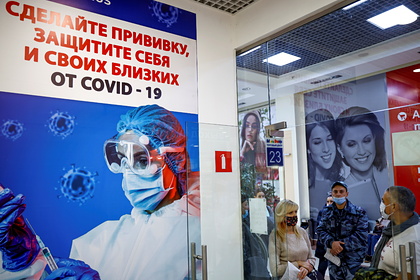 Head of the Center. NF Gamalei Alexander Gintsburg allowed the creation of nasal vaccines against other infections, in which it is important to create immune protection at the level of the mucous membranes. At the same time, in an interview with TASS, he noted that there are difficulties in determining the effectiveness of vaccination with a similar method.

“So far, the development of all vaccines in nasal form is constrained by the fact that it is difficult to determine the effectiveness of vaccination by some marker,” – he said, noting that only an epidemiological marker can be a marker, but it may not appear in more than one year.

At the same time, vaccines that are used injections can measure the antibody titer there, thereby showing whether the vaccine is effective or not. “It is difficult for a nasal vaccine to do this at present,” said Gunzburg.

The scientist also said that one of the tasks of a clinical study of a nasal vaccine against coronavirus will be to develop affordable methods for determining the amount of antibodies after its use. p>

Earlier it became known that Russian President Vladimir Putin tested a nasal vaccine against coronavirus on himself. He underwent the procedure the day after re-vaccination with Sputnik Light.

In October, the Ministry of Health of Russia allowed the Gamaleya Center to conduct the second phase of clinical trials of a coronavirus vaccine in the form of a nasal spray. According to the head of the institution, the drug will complement the usual vaccine, creating another barrier to the virus.