Former Prime Minister of Lithuania Kubilius: Ukraine and Georgia will be able to join the EU no earlier than 2040 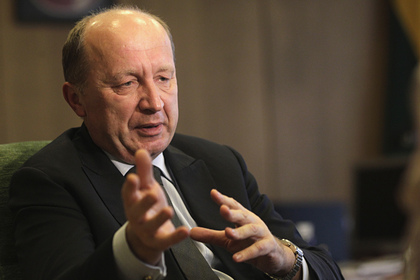 Ukraine, Georgia and Moldova will be able to become members European Union (EU) no earlier than 2040. Former Prime Minister of Lithuania, Member of the European Parliament Andrius Kubilius told lrytas about the timing of the entry of post-Soviet countries into the EU.

Materials on the topic 00:01 – March 1 ” They have their own interests and goals “Protests gripped Georgia again. After the arrest of the opposition leader, his supporters demand a change of power 00:03 – 4 September

According to the politician, if the European Union does not change its guidelines for expanding the community, Kiev, Tbilisi and Chisinau should not expect early integration. He drew attention to the fact that the motivation of the post-Soviet states in carrying out reforms depends on achievable goals. “If the EU does not offer such guidelines, the motivation will quickly weaken, and eventually come to naught,” the former prime minister said.

Kubilius proposed a plan to intensify integration processes. “At the initial stage, the three of these countries could be offered membership on the example of Norway and Iceland in the European Economic Area. They would enjoy all the advantages of participation in this single market, but so far they would not have the right to participate in the decision-making of the community, “said the MEP.

Earlier, Kubilius compared the process of Ukraine's accession to the EU with climbing Mount Everest. According to him, Ukraine should pay attention to the issue of economic integration into the single market of the European Union, and after the completion of this process, try to obtain EU membership.