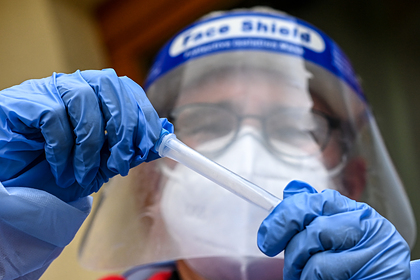 European Center for Disease Prevention and Control (ECDC) announced high risk due to a dangerous new strain of coronavirus, which was identified in South Africa and was named after the Greek letter “omicron”. This is reported by “Interfax”.

The report of the center notes the danger of the strain for the countries of Europe and the European Economic Area, including Iceland, Norway and Liechtenstein. “The overall level of risk associated with the Omicron SARS-CoV-2 variant is assessed from high to very high,” the document notes.

The head of the World Medical Association (WMA) Frank Ulrich Montgomery compared the danger of this strain with Ebola, noting that experts do not yet have accurate information about the risks associated with the omicron mutation, but it is known that it is rapidly spreading around the world.

Earlier in November, it became known that experts from the World Health Organization (WHO ) recognized a new strain of COVID-19 identified in South Africa, Hong Kong and Botswana as a threat to the world. British scientists suggested that the new strain would be better at evading antibodies than the delta variant.