MK.RU: after suffering COVID-19, Gradsky stopped getting up and complained of pain in his legs 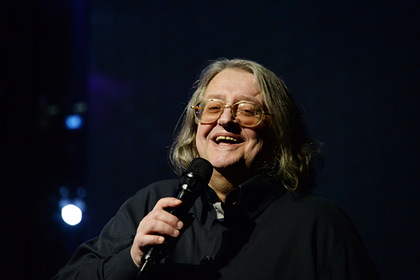 People's Artist of Russia Alexander Gradsky got into hospital with suspected stroke. This is reported by MK.RU.

The musician's health deteriorated after the coronavirus infection suffered in September. It is noted that the artist almost stopped getting up and complained of pain in his legs.

On Friday, November 26, Gradsky asked his relatives to help him get to the bathroom. At that moment, he felt bad – the musician lost consciousness and did not come to his senses for an hour.

Arriving doctors took the artist to the hospital. The artist is currently in intensive care.

For several days it was reported that Gradsky had problems with blood pressure, because of which he called doctors three times. They came to his apartment in the Pushkin Square area, and on one day they visited the musician twice with an interval of only a few hours. Gradsky said he was dizzy, but refused to go to the hospital when doctors discovered that he had a persistent drop in blood pressure. In this regard, the composer received treatment at home.