NewsBash: Russian tourist Yapryntsev, who fell into a coma in Turkey, died on November 25 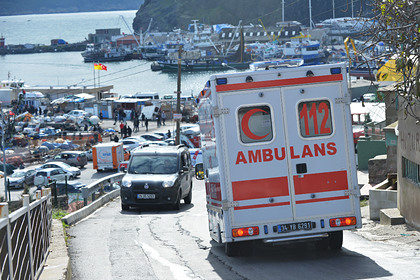 Russian tourist from Bashkiria died in Turkey told his daughter Anastasia. As the publication clarifies, a resident of Sterlitamak Dmitry Yapryntsev passed away on November 25 after being hospitalized with bilateral viral pneumonia.

The interlocutor of the publication said that the local convention bureau promised to help with the transportation of the body of the deceased.

Earlier it was reported that the Russian fell into a coma for two months after contracting coronavirus on vacation in Turkey. The wife of 44-year-old Yapryntsev said that her husband's severe cough began at the beginning of the trip, which is why the family decided to return home. However, on the way to the airport, the man almost fainted – an ambulance team arrived and immediately took him to the red zone. At the hospital, it turned out that the Russian had severe lung damage.

Yapryntsev's relatives had to leave Turkey. Later they were told that the medical insurance for the treatment had ended – in this regard, for one day in intensive care they had to pay 650 dollars (approximately 47.5 thousand rubles).