Kurir: the criminal who shot the school bus and killed three, acted out of revenge 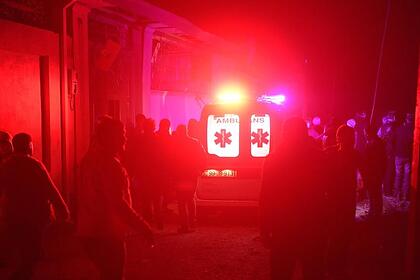 The criminal who shot and killed the school bus in the self-proclaimed republic three people, acted out of revenge. This was reported by the local newspaper Kurir.

According to the newspaper, the young man molested the girls during the trip and behaved inappropriately. As a result, the driver and the conductor dropped him off the bus. In response, the attacker took a submachine gun, waited for the bus to go back and shot him point-blank.

According to the latest information, three people became victims of the attack – the driver and two students aged 17 and 19. The killer fled the crime scene, the police are looking for him.

The incident in the village of Glochane became known on Friday evening, November 26. It was reported about two dead children.

Earlier it was reported that the police in Kosovo detained four Russians. According to the Russian Embassy in Serbia, the tourists were visiting the sights by car and entered the territory of Kosovo by mistake, since the border between the countries is not delineated or controlled in any way.