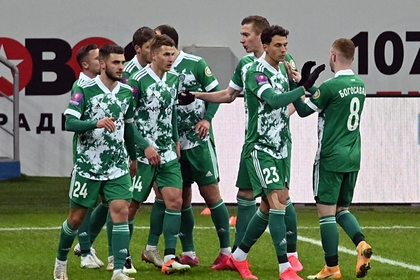 Akhmat Grozny defeated Rostov in the match of the 16th round of the Russian Premier League (RPL). This was reported by the Lenta.ru correspondent.

The meeting took place in Grozny. Footballers of “Akhmat” sent two unanswered goals to the opponents' goal. First, in the 27th minute, Artem Polyarus scored, who managed to convert the penalty. Already in the second half at the 76th minute, Senin Sebay doubled the hosts' lead and allowed his team to beat the rivals with a score of 2: 0.

assets scored 24 points. Lokomotiv, which is in fourth place, has 25 points.

Ural and Sochi also met in the 16th round. The match ended in a draw.