Deputy from Servant of the People: Martial law will be introduced with a full-scale invasion 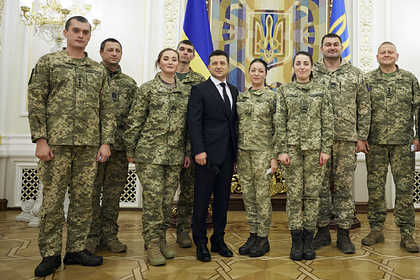 “Oleg Seminsky called the condition for the introduction of martial law, reports” Ukraine 24 “.

“ Yes, there are such conversations, this is being discussed. [First Vice Speaker of the Rada] Oleksandr Kornienko spoke about the introduction of martial law only with a full-scale invasion of the territory of Ukraine by the Russian Federation beyond the demarcation line in our direction, “Seminsky said.

He urged not to panic and” be ready to the fact that it can actually happen. ” “If this happens, we as a state must fight to the end. Once again, I want to note that martial law will be introduced only in the event of a full-scale invasion, “the deputy concluded.

Earlier, the leader of the Radical Party, Oleg Lyashko, said that Zelensky plans to introduce martial law for two months on December 1. “This is done with one goal – control over the media,” the former deputy claims.

Bloomberg wrote that, according to US intelligence, Russia plans to attack Ukraine in 2022 from three sides. Ukrainian intelligence claimed that this would happen in late January or early February. The Kremlin said it was not hatching aggressive plans.