During a press conference, President of Ukraine Zelensky entered into a skirmish with a journalist 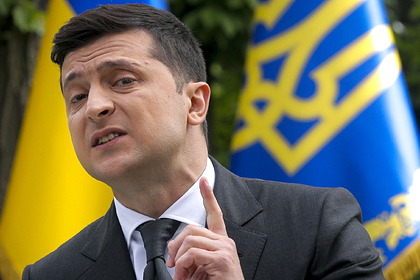 President of Ukraine Volodymyr Zelensky joined into a skirmish with the chief editor of the site “Censor.net” Yuri Butusov. The broadcast of the event is available on YouTube.

The journalist said that Zelensky, in violation of the lustration law, had appointed Ruslan Demchenko, the “Russian agent”, who was deputy foreign minister under Viktor Yanukovych, as the head of intelligence. After that, a number of special operations failed, intelligence officers were fired and detained, including those involved in the detention of a “valuable witness” in the MH17 case. Butusov asked if Zelensky was not ashamed to “use his status to dishonor the military” and “cover up” people like Demchenko.

Zelensky, in response, accused the journalist of disclosing information about the use of a Turkish drone in Donbass. “On your conscience the deaths of people – after that there were many attacks and bombs dropped by drones,” he said.

The politician added that at the beginning of his presidential term, Butusov was introduced to him as a man who worked for an oligarch Igor Kolomoisky. “You were not given any position, and you got angry at that,” Zelensky said.

Butusov called it a lie. “How can you lie so shamefully? Well, you are not on the “Quarter” (Zelensky's studio “Quarter 95”. – approx. “Lenta.ru” ). Well you are the head of state. You must learn to be responsible for your words, “the journalist was indignant.

Earlier, Zelensky named those responsible for the loss of Crimea and Donbass.