WHO will study the impact of large numbers of COVID-19 B.1.1.529 mutations on vaccines 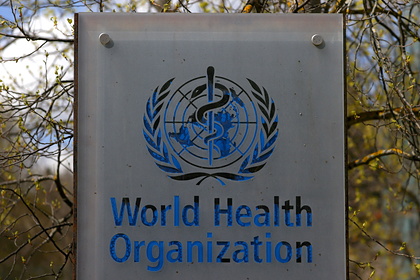 The World Health Organization (WHO) is studying the impact a large number of mutations of the COVID-19 B.1.1.529 strain identified in South Africa for vaccines and diagnostics. This was stated by the head of the technical group of the WHO Emergency Diseases Unit, Maria Van Kerkhove, reports RIA Novosti.

According to her, at the moment there are less than 100 complete genetic sequences of this option available. Maria Van Kerkhove stressed that researchers still do not know much about the new strain. However, she revealed that he has a large number of mutations. The WHO is concerned that such a number of mutations could affect how the disease behaves, the specialist added. She also noted that the effect of mutations in the B.1.1.529 strain on diagnostics, drugs and vaccines is being studied.

Earlier it was reported that Britain is canceling flights with six African countries due to a new strain of coronavirus. According to the head of the British Ministry of Health Sajid Javid, from November 26, London will stop flights to Botswana, Zimbabwe, Lesotho, Namibia, Eswatini and South Africa. He noted that this decision was made due to a new strain of coronavirus B.1.1.529 identified in the African region, which may be more infectious than others.

On November 24, it became known that strain B.1.1 .529 infected ten people in South Africa, Botswana and Hong Kong. British scientists have suggested that the new strain will be better at evading antibodies than the delta variant. The many mutations in B.1.1.529 suggest that the virus originated in a patient with a weakened immune system – a patient with HIV or AIDS. It is believed to be the most dangerous infection.