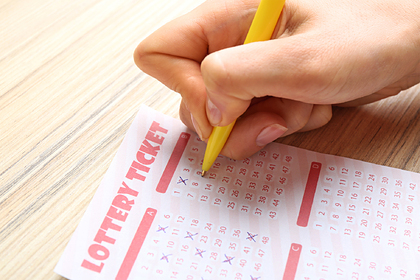 ticket, took it for a drawing of her beloved and almost lost 260 thousand Australian dollars (more than 13 million rubles). This is reported by the Daily Mail.

An unnamed Melbourne woman received several Live the Life lottery tickets as a gift from her boyfriend. She erased the protective layer of one of the tickets and saw that she had become the owner of a large sum, but she thought that her lover had decided to play a trick on her and threw the ticket into the trash. ticket. Nevertheless, the young man had to read the instructions aloud to the woman on the back of the lucky ticket three more times before she recovered from the shock and realized that she had really become the winner.

Under the terms of the lottery, the person with the winning ticket will receive one thousand Australian dollars (more than 53 thousand rubles) every week for five years. The woman admitted that she still does not really believe in such luck. “I'm not sure what I'm going to do with the money – I'm still coming to my senses. I think we should definitely buy a house, “she said.

Earlier it was reported that a family from the American state of Iowa lost a big win due to forgetfulness. The ticket that would have brought the winner 100 thousand US dollars (more than 7.4 million rubles) was left in the car, and when they remembered about it, the deadline for receiving the prize had already expired.