The wife of the deceased miner: ten days before the accident at Listvyazhnaya, the workers themselves put out the fire 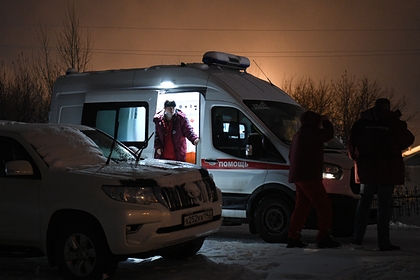 “Listvyazhnoy”, said that ten days before the emergency, there was a fire at the facility. This was reported by RIA Novosti.

According to her, on November 15, a fire began in the mine, which the workers themselves were able to extinguish. She noted that everyone knew about it. Rospotrebnadzor conducted checks in the mine, the woman emphasized. A relative of the deceased also added that methane has long gone off scale in the mine.

“My husband walked as a link, there was a sensor on his chest. He says that the sensor is beeping, I will wet it with water so that it does not beep. And then they worked. These are the conditions in which they worked, “she said about the everyday life of the miners.

In addition, the woman added that her husband was a miner with 30 years of experience.

Earlier it was reported that the total number of victims of the emergency at the Listvyazhnaya mine in the Kemerovo region increased to 63. The head of the regional health ministry Vitaly Kheraskov said that, according to the latest information, there are 50 people in hospitals, another 13 victims are being treated on an outpatient basis, the rest of the patients are hospitalized in four hospital of the Kemerovo region.