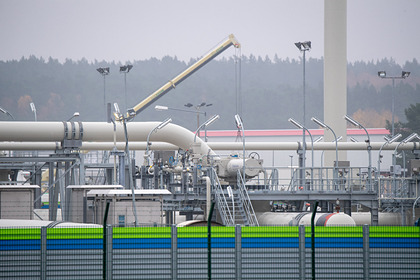 Opposing Nord Stream 2, the German Green Party is trying to destroy Germany's industry, says State Duma deputy Mikhail Delyagin. In a conversation with Lenta.ru, he admitted that it is indeed possible to stop the project – even at the final stage, the launch of the gas pipeline is constantly slowed down, despite the fact that this project is in fact a way to preserve the country's industrial potential.

Previously Co-chairman of the German Green Party Robert Habek, who was nominated for the post of Minister of Economy of Germany, called the Nord Stream 2 gas pipeline a strategic project, not a commercial one. He also noted that due to the implementation of the project, pressure will be exerted on Ukraine and the dependence of German politics will increase.

Delyagin drew attention to the fact that today states are the shells of various financial and technological groups. And Germany, according to him, is not united.

“It is necessary to understand that Nord Stream 2 is needed not by Russia, but by German industry. Yes, we make money on it, Gazprom makes money. But if this gas goes to gasify our country, it will not be very good for Gazprom, and the country as a whole is deeply purple. The money that the company does not send through its pipes will be sent to Europe by Novatek in the form of liquefied natural gas and will earn even more, ”the politician explained.

He noted that the preservation of German industry is, nevertheless, strategically useful for Moscow: Germany supplies to Russia the products of mechanical engineering, destroyed and practically not being restored inside the country. Therefore, the existence of the state as one of the industrial centers of the world is beneficial for Russia. Nevertheless, according to Delyagin, if Germany nevertheless follows the path of deindustrialization, turning into a new Poland or Moldova, the Russian Federation will simply switch to alternative suppliers from China, South Korea, Japan, and maybe “learn to produce something on its own” .

“So the Germans themselves need Nord Stream 2,” concluded Delyagin. – Although, of course, there are Germans who work for industry, and there are those who are in external control: the States, China, there are speculators, there are people involved in British geostrategic projects aimed at crushing Europe. And, opposing Nord Stream 2, the Greens seek to destroy German industry. And, most likely, they will succeed: even at the finishing stage, when [US President Joe] Biden refused to impose formal sanctions, the project is stalled. It's a shame, of course, because Germany is generally the birthplace of modern engineering. But we have the prerequisites to take its place. ” new US sanctions on the project.