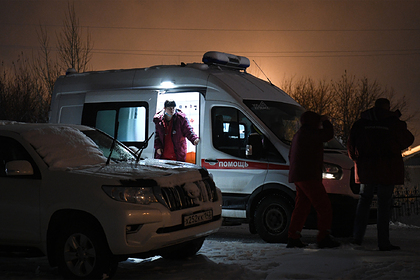 production volumes and hazards of gas mines. The main factors of regular accidents in an interview with “Lenta.ru” were listed by the first deputy chairman of the Russian independent trade union of workers of the coal industry (Rosugleprof) Ruben Badalov.

“There are very large volumes of production. Plus sophisticated technologies associated with underground mining. Conditions are harmful and dangerous. The mines are mainly gas, “he said, but noted that it is impossible to call Kuzbass the epicenter of such disasters.

At the same time, according to Badalov, it is too early to talk about the causes of the accident at the Listvyazhnaya mine in Kemerovo, since there is no clear information about the explosion.

“Another thing is important: this should not be. We are not going underground to perish. And in order to work, receive a salary and rise to the top, to live with dignity. Miners have always been doing honorable work and were respected in our country, “- said the deputy chairman of Rosuglerprof.

The explosion at the Listvyazhnaya mine took place on November 25. As a result, 51 people died, including five mine rescuers. Another accident at this mine happened 17 years ago. Then a methane explosion in 2004 killed 13 people. Ruben Badalov investigated this incident. In an interview with “Lenta.ru” he said that then “accidentally or on purpose” they made a gas bag, which was lit or blown up.

In the Kemerovo region, two of the largest disasters in the number of victims in coal mines also occurred: 110 miners died in Ulyanovskaya mine in 2007, 91 people died in Raspadskaya mine in 2010.

The Investigative Committee of Russia (ICR) opened a criminal case on negligence of Rostekhnadzor employees who checked Listvyazhnaya.