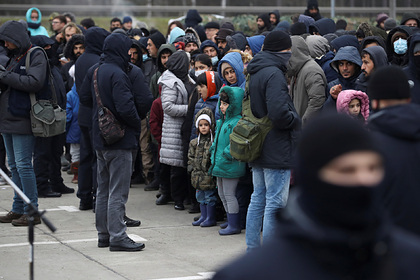 In the Polish city of Wenjin, there could have been a decision to send several dozen people to Iraq. It was reported by the Polish agency Polsat News.

It became known that it was decided to send refugees home, as they did not meet the conditions for obtaining a residence permit in the European Union. The migrants were completely reassured, police officers and border guards are on duty at the center.

“Police officers will be on duty to ensure the security of the center 24 hours a day to prevent a possible escalation of protests and possible escape attempts,” he said police spokesman Marcin Malouda.

Earlier it became known that the migrant riot was suppressed by the forces of 500 police officers of the Lubusz province of Poland. The incident took place in the west of the country.

The riot in a guarded refugee center was raised by illegal immigrants from Afghanistan and Iraq. Most of them are men. Hundreds of illegal immigrants in Wenjin took to the site in front of the center building, began to damage equipment and break glass.