Psychologist Sinarev named the most unpleasant phrases for conversation or correspondence 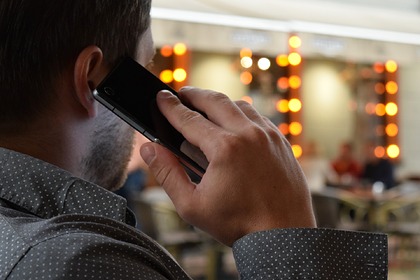 Psychologist Dmitry Sinarev called the insults of the interlocutor prohibited during the conversation or correspondence Prime “.

Sinarev said that such phrases are not only the most unpleasant for an opponent, partner or interlocutor – they also threaten his sense of self-worth. And this, according to the expert, causes a reaction of defense, aggression, and this stops a constructive dialogue.

“In order not to make such mistakes, it is useful to learn how to” enter the second position. ” This is a professional psychological method that allows you to look at the situation through the eyes of another person, as well as listen to him, ”explains the psychologist. Before you say something, you should imagine how it will sound to the interlocutor, how he will react to these words. Is this the reaction you expect?

According to Sinarev, it is important to be able to “read” your partner. It's not difficult – you need to be attentive to his facial expressions and tone of voice. Choose words and expressions that make him smile and affirmative gestures and avoid words that cause tension and alertness.

The psychologist is convinced that phrases like: “You said – I heard”, “Well, that's your decision “,” are you aware of what you are saying? ” – do not bring positive to communication. They personalize responsibility, but they strongly separate the negotiators “on opposite sides of the barricades”, and this is never the purpose of the conversation, the expert said.

He recalled that the meaning of communication is to convey to those around you your position, feelings, desires, and this is much easier to achieve through mutual sincerity and respect.

Earlier, Mikhail Khristosenko, a psychologist, writer and entrepreneur, spoke about the reasons for psychologists to visit their colleagues. Experts, he said, seek help because they, too, may have psychological problems.