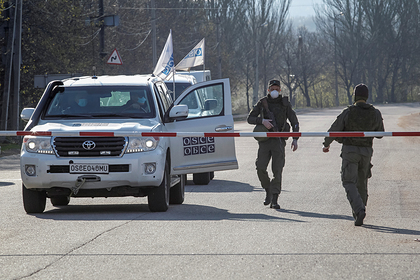 We did not see an excessive accumulation of Russian troops on the border between Ukraine and Russia. These observations were shared by the Chairperson of the Organization for Security and Cooperation in Europe (OSCE) and Swedish Foreign Minister Ann Linde, reports TASS.

“We must always keep our eyes open, but there are no signs that Russia is not going to comply their obligations, “Linde said.

The Chairperson also noted that the Russian Armed Forces left some of the equipment and equipment near the Ukrainian border after the West-2021 exercise. However, it cannot be said that this is an unusually large number of weapons.

Ukrainian President Volodymyr Zelensky also observed that, according to his data, there are fewer Russian troops on the border than during the exercises. He also added that the situation on the Russian-Ukrainian border is no worse than this spring.

Earlier, Secretary of the National Security and Defense Council of Ukraine Oleksiy Danilov accused Russia of increasing the number of troops on the western border. Danilov saw this as an attempt by Russia to “raise the stakes at the negotiating table.”