Ministry of Defense of Belarus: military activity of Western countries has increased near the border of the country 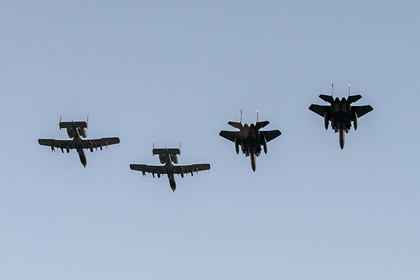 The Ministry of Defense of Belarus announced the increasing military activity of Western countries near the border of the country. This was announced by the head of the main department of ideological work of the department Leonid Kasinsky, his words are quoted on the department's website.

Kasinsky stressed that preparatory measures are currently being taken for the arrival of foreign military contingents at the Belarusian-Polish border. According to him, the arrival of Estonian military personnel has been noted, whose tasks will include, among other things, measures for the preparation of rocky roads. “How the migration crisis is connected with these engineering measures is completely incomprehensible from the word,” he added.

Kasinsky believes that such actions are intended to carry out an accelerated transfer of troops along the state border of Belarus. He said that about four thousand servicemen were concentrated in the Lithuanian direction, and in the southern direction, the Ukrainian law enforcement agencies were conducting a special operation codenamed Polesie.

Earlier, Belarusian Defense Minister Viktor Khrenin said that the country is ready to ensure its security together with Russia. “The created system of response to any threats and challenges allows us to ensure the country's security, including, if necessary, with our main strategic ally – the Russian Federation,” Khrenin said. “We are ready to defend the borders of the Union State and, as soon as possible, create the necessary grouping of troops in any direction.”