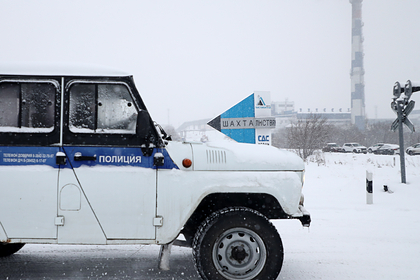 The miner's wife Ruslan go to work at the Listvyazhnaya mine on the day of the accident, she told about the man's experiences over the death of colleagues. Her words are quoted by Gazeta.Ru.

She noted that her husband's condition is depressed, he is crying for the second day. “I'm in shock, I don't even know how to express it. Emotions cannot be described in words, not conveyed, “said Klementyev's wife.

According to her, her husband was not injured as a result of the emergency, as he came to replace when the explosion had already occurred. That is why the spouses are unlikely to be involved in litigation if they follow in the future, Klementyeva added.

The incident at the Listvyazhnaya mine in Kuzbass occurred on the morning of November 25. According to the version, which was voiced by the Deputy Prosecutor General of Russia Dmitry Demeshin, the cause of the accident was a methane explosion due to a spark. In the evening of November 25, it became known that 52 people were killed – 46 miners and 6 mine rescuers, but the next day it turned out that one of the rescuers was alive. Another 63 people were injured.