Miner Ilchuk: the key mistake at the Listvyazhnaya mine was a fictitious inspection 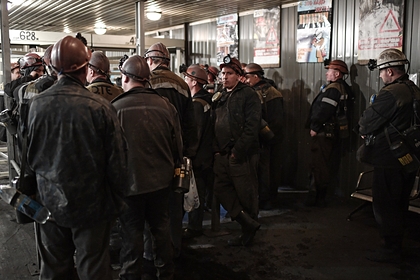 The key mistake at the Listvyazhnaya mine, where they died 46 miners and 6 rescuers, became a fictitious safety inspection. This was stated in an interview with Lenta.ru, an underground electrician Alexander Ilchuk who worked in Belovo.

According to the miner, all mines know in advance that an inspector will come. To do this, all work is suspended, the mine is being prepared for inspection and the drifts are flashed – they are protecting the mine from a possible explosion of coal dust.

Negligence of everyone here is just crazy. All because of a violation of safety regulations – it will not be violated, everything will be strictly and according to the rules, then there will be less coal production. There is no time to eliminate all prescriptions. They did it before the inspector – he left, then everything is all over again.

“It's just the coal mafia here – it's a business, we are all on coal,” he summed up.

The incident became known early on Thursday morning, November 25. Then there were 285 people in the mine, some of them were evacuated. As a result of the emergency, 52 people died, including six – mine rescuers. The missing 35 miners who remained inside are listed as dead. According to the latest data, 63 people were injured. The day before, rescuers suspended their search work due to the threat of an explosion, Governor Sergei Tsivilev said the next morning after the incident that the paramilitary units continued to work, they would isolate the mine section and fill it with methane to reduce the danger of an explosion.

Deputy Prosecutor General of Russia Dmitry Demeshin believes that the cause of death at the Listvyazhnaya mine was a methane explosion caused by a spark. A TASS source named the explosion of coal dust as the cause of the tragedy, the smoke from which spread throughout the mine through ventilation.