Deputy Vlasov on the request of the Communist Party of the Russian Federation to open a case against Zhirinovsky: the Communists are not surprised by anything 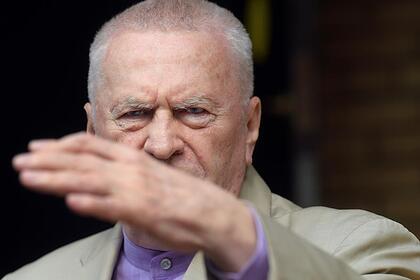 and take note of them. Vasily Vlasov, first deputy head of the LDPR faction in the State Duma, said this in a conversation with Gazeta.Ru, commenting on the Communists' request to the chairman of the Investigative Committee (IC) of Russia, Alexander Bastrykin, to open a criminal case against Zhirinovsky.

“In principle the communists are not surprising, their methods remain the same – denunciations and inquiries regarding the people who work next to them. In this letter, as far as I understand, Article 282 is inciting hatred towards a group of people. We have always criticized this article, “Vlasov said.

In his opinion, the Communist Party does not want freedom of speech in Russia, and what they do not like, they interpret as an insult or incitement to hatred. “It was also in Soviet times, when they shut up the throats of all the media and wrote only laudatory odes to the leadership,” the deputy recalled.

He believes that the deputy from the Communist Party of the Russian Federation Alexander Yushchenko, sending a letter to Bastrykin, wants to create another news feed , and advised him to think about other colleagues: Artyom Samsonov, detained in the case of pedophilia, Nikolai Bondarenko, who staged a row in the elections, and Valeria Rashkin, a suspect in illegal hunting.

The reason for the Communist Party's appeal to the head of the Investigative Committee was Zhirinovsky's statements made on Thursday, November 25, at a meeting of the State Duma on the issue of depriving Rashkin of immunity. During his speech, the leader of the Liberal Democrats called the deputy Nikolai Kharitonov a collective farmer and continued his accusatory speech against communists around the world. In addition, Zhirinovsky appealed to the Prosecutor General of Russia Igor Krasnov with a proposal to ban all left-wing parties and cancel the results of the elections to the Communist Party of the Russian Federation.