Andrey Krivenko, the founder of VkusVilla, promised to move the company's sales to the online format 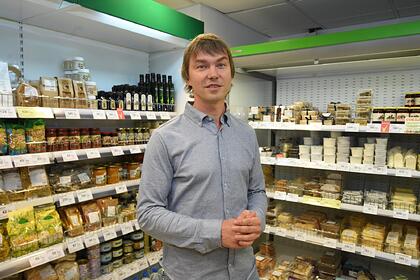 retail format to concentrate on online shopping. The head of the retailer Andrey Krivenko spoke about this in an interview with RBC.

According to him, ten years ago, the company's team has already gone through one transformation. Then, instead of the Izbushka kiosk chain, they began to open supermarkets. But now it became clear that this type of sales in Russia is outdated and should be abandoned. The head of Vkusvilla promised that one or two points will be opened only in the regions.

The main disadvantage of traditional trade, Krivenko called the need to pay rent for the premises for the store. These costs are included in the price of the goods, which means that the consumer pays for maintaining order in the premises, compliance with standards, and preparation for the holidays. Darkstores do not need any of this, because people do not visit it.

Currently, VkusVill manages 80 darkstores, that is, warehouse stores where orders are collected. The company began to develop this direction even before the pandemic – in the fall of 2019. As a result, in the third quarter of this year, the retailer ranks second in terms of online sales of food products with a turnover of 11.6 billion rubles. It is second only to Sbermarket (14.5 billion), but surpasses X5 Group (11.5 billion rubles).

In 2020, the share of online sales in VkusVilla's revenue was 11.5 percent. The results of X5 and Magnit are ten times lower. Krivenko did not give a forecast about the number of open darkstores in the near future. According to him, the company intends to react to market indicators.

Earlier it was reported that VkusVill is going to open stores without cash registers and sellers. One of the first points will open at the exit from the Delovoy Tsentr station of the Moscow Central Ring (MCC) in Moscow City. Currently, the retailer's chain of stores has more than 1.3 thousand outlets, and 90 percent of them are equipped with self-checkout counters.