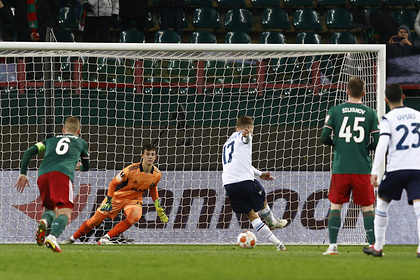 He called the ward a very talented player and expressed the hope that a new star is growing in the club. Gisdol also added that Khudyakov reminds him of the young Manuel Neuer. With the goalkeeper of the German national team, according to the coach, he encountered while working at Schalke.

Khudyakov made his European debut in the match with Lazio and broke the record of Igor Akinfeev, who did it at the age of 18 and 5 months. The Lokomotiv goalkeeper was 17 years and 10 months old.

Lokomotiv lost 0: 3 to Lazio and was eliminated from the Europa League ahead of schedule. Khudyakov conceded two goals from the penalty spot and one from the field.