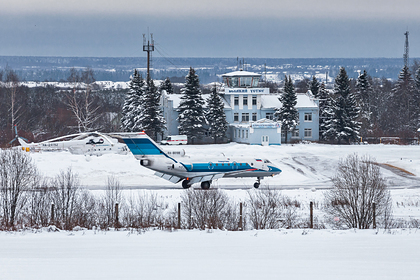 Veliky Ustyug airport will be commissioned after reconstruction at the end of 2021 – early 2022. The opening of the airport was announced by the Governor of the Vologda Oblast Oleg Kuvshinnikov, Interfax reports.

“To date, all work has been completed, the facility is being accepted by the Federal Air Transport Agency, the comments are being eliminated, and as soon as they are eliminated, we will sign the commissioning certificate , the first plane will fly, “the head of the region announced.

During the reconstruction, it was planned to lengthen the runway by 500 meters so that the airport in the homeland of Santa Claus could receive medium-haul aircraft from Moscow and St. Petersburg. In addition, the authorities were going to supply new navigation equipment and renovate the airport complex.

Earlier, Veliky Ustyug was named among the most popular destinations for Russian tourists for the New Year. Analysts of the Tvil.ru service, in turn, noted that the greatest excitement for New Year's holidays is observed in Veliky Ustyug – the demand for housing in the homeland of Santa Claus increased by 800 percent compared to last year.