Ministry of Justice: 20 thousand jobs will be created for convicts in housing and communal services and at enterprises by 2022 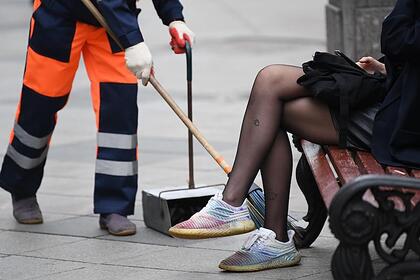 centers. The head of the department, Konstantin Chuichenko, proposed to involve convicts in work in the housing sector and at local enterprises, Rossiyskaya Gazeta writes.

Staying in correctional centers is considered a milder punishment than imprisonment. The Ministry of Justice believes that the expansion of such institutions in the regions will help solve the problem of the shortage of workers. Convicts will be able to actually squeeze migrants at enterprises. In addition, convicts will be able to more easily adapt to later life. “After the convicts have served their terms of forced labor, they will be able to stay to work at the same enterprises as ordinary workers,” Chuichenko explained.

For this, by 2022, Russia should create about 20 thousand jobs for placement and employment of prisoners sentenced to forced labor in correctional centers – about 400 vacancies in each region. By 2024, jobs for this category of citizens should quadruple. In Moscow, convicts can be involved in construction work, repairing subway cars or cleaning premises.

Previously, prisoners were involved in the production of containers for separate waste collection. The Federal Penitentiary Service (FSIN) has promised to supply 17,000 waste containers to 14 Russian regions. These containers will account for more than a quarter of all government-subsidized purchases in 2021.