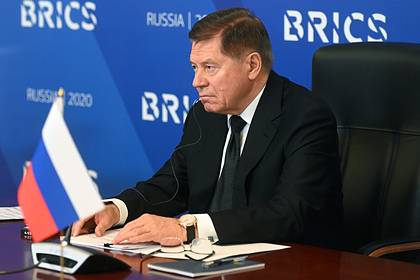 Chairman of the Supreme Court of the Russian Federation Vyacheslav Lebedev spoke about how the system is being transformed. In particular, a course towards humanization was taken.

In the first six months of this year, Russian courts dropped criminal cases against 23 percent of all Russian defendants under the relevant articles of the law. Reported by RAPSI. For those who first committed a minor crime, fines were increasingly imposed.

“The courts of Russia continue systematic and consistent work aimed at humanizing criminal legislation and law enforcement practice, in connection with which the number of persons held in institutions of the penal system as of September 1, 2021 amounted to 471 thousand 490 persons – 11 thousand 432 less than on January 1 of this year, “Lebedev said.

It should be noted that the Ministry of Justice is completing the development of a project, according to which pregnancy and childbirth, as well as diagnoses related to nutritional disorders and metabolic disorders, circulatory system, respiratory system, digestion and genitourinary system, will be classified as grounds preventing detention in a pre-trial detention center. The list may also include various types of tuberculosis, Parkinson's disease, epilepsy, vision pathologies, leukemia, lymphoma, neoplasms requiring surgery, palliative conditions and other serious ailments incompatible with the conditions of detention.

A decrease in the number of convictions under economic articles that provide for imprisonment, according to the head of the Supreme Court, will help improve the business climate in Russia. Earlier Lebedev noted that the humanization of justice in cases of crimes in the field of entrepreneurial activity contributes to the formation of a favorable business climate, for the commission of which 1,486 persons were convicted in the first half of this year, of which 117 were sentenced to real imprisonment.

О the humanization of justice is evidenced by the figures, the newspaper notes. According to statistics from the Judicial Department, acquittals have become more frequent by juries. In the first half of the year, 434 people were found guilty, and 196 people of the collegium were called innocent.

In addition, in 2021, the convictions that were passed against persons who were obviously placed in a situation of self-defense were canceled … The Supreme Court pays special attention to the problem of domestic violence. This year, at the initiative of Vyacheslav Lebedev, amendments were made to the Criminal Procedure Code, suggesting the abolition of the institution of private prosecution for a number of crimes, including those falling into the category of domestic violence.