RIA Novosti: the bodies of three victims of the Listvyazhnaya mine were raised to the surface 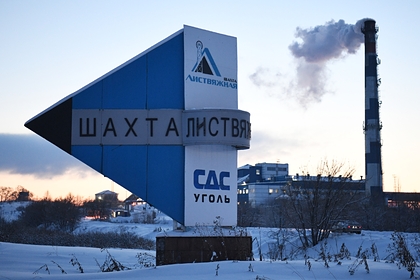 »In the Kemerovo region, raised to the surface. It was reported by RIA Novosti with reference to a source.

It also became known that the number of victims of an emergency at the mine increased to 57. A total of 49 people were hospitalized, including 11 mine rescuers, one with a cranial – brain injury, 10 people – with poisoning. Now their lives are not in danger.

The Governor of the Kemerovo Region Sergei Tsivilev said that three branches of a paramilitary mine rescue unit had arrived at the scene of the emergency. Now they are preparing to go into the mine to insulate the mine workings. After that, the mine will begin to fill up with methane, and after about three days its level will cease to be explosive (about 20 percent). Only then will a further decision be made on the further work of the rescuers.

The incident became known on the morning of Thursday, November 25. At that moment, there were 285 workers underground. According to a TASS source, before the emergency, there was no excess of the maximum permissible concentration of methane in the mine.

After the accident, the 47-year-old director of the mine, his 59-year-old first deputy and the 36-year-old head of the section were detained. They are suspected of acts stipulated by the article of the Criminal Code “Violation of industrial safety requirements for hazardous production facilities, resulting in the death of two or more persons by negligence.”