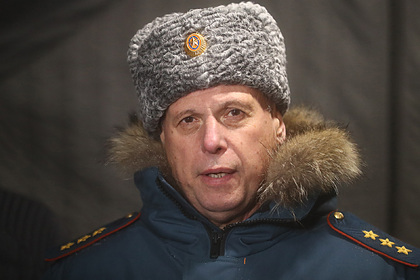 condolences in connection with the death of 52 people as a result of the accident at the Listvyazhnaya mine in Kuzbass. This was reported in the press service of the ministry, writes TASS.

He noted the scale of the tragedy and expressed deep and sincere condolences to the relatives of the victims on behalf of himself and on behalf of the department's staff. The names of the miners, according to Chupriyan, will forever remain in the memory. “Mine rescuers, like miners, fulfilled their duty to the end,” stressed the interim head of the Ministry of Emergency Situations.