TASS: tests of armored vehicles on the Boomerang wheeled platform will begin in 2022 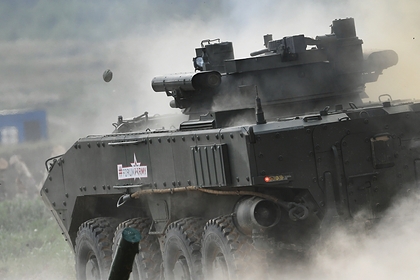 the base of the wheeled platform “Boomerang”. This is reported by TASS with reference to the head of the 154th military mission, Lieutenant Colonel Yuri Chikin.

Chikin reported on the tests of armored vehicles on the Boomerang platform during the visit of Russian Deputy Defense Minister Alexei Krivoruchko to the Arzamas Machine-Building Plant. “The machine has passed preliminary tests with a positive result. Currently, prototypes are being finalized to present them for state tests, which are scheduled to begin in March – April 2022, “the lieutenant colonel said.

According to the head of the 154th military mission, the tests are planned to be completed by December 2022 of the year.

Earlier in the Instagram of the Military-Industrial Company it was reported that the equipment on the Boomerang platform will receive parts printed on a 3D printer. This will speed up the process of creating complex elements and reduce the cost of prototyping.

In June, The National Interest magazine named the Boomerang Infantry Fighting Vehicle an example of a weapon of the future. The publication noted the remotely controlled weapon station of the vehicle.