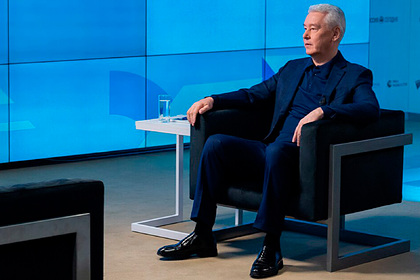 Because of COVID-19, society will live in conditions of restrictions. Despite this, it is necessary to plan for the future and be optimistic, said Moscow Mayor Sergei Sobyanin, quoted by RIA Novosti.

“It is becoming obvious that the pandemic will, unfortunately, not go away in a short period of time. We will live in conditions of restrictions, but we still have to live, “the mayor emphasized.

He added that Moscow is a city that cannot stop. The capital has always won, lived and developed, Sobyanin noted.

Earlier, the mayor said that, despite numerous negative forecasts that the economy would collapse due to a pandemic and everything would be very bad, Moscow enterprises are adapting to difficult conditions. He also added that the overwhelming majority of the capital's economic sectors “feel fine.”