The Russian woman rested in Anapa and was outraged by the dirty “blooming” sea, which is not cleaned 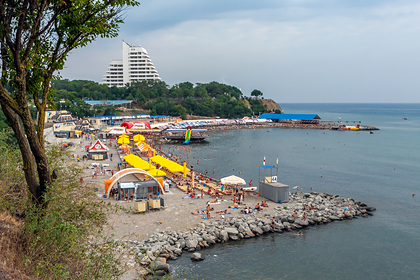 A Russian tourist rested in Anapa in the fall and described the resort “Smells like a public toilet.” She shared her impressions of visiting the city in her personal blog on the Yandex.Zen platform.

Most of all, the traveler was outraged by the dirty “blooming” sea, which is not cleaned. “Algae accumulates in the bay and gives off a foul smell. I arrived in Anapa in October – the seaweed has not gone anywhere. They are already dry and do not look like a slimy green mess, but they still smell, “she said.

The blogger said that because of stagnant water with mud and algae, vacationers often get sick with rotavirus while on vacation. a hug with a toilet bowl “. “Yes, there is a risk of catching an infection at any resort. But in Anapa, this problem arises every year and mows many tourists “, – said the girl.

The author of the publication also drew attention to the fact that the city has problems with water supply, electricity and drainage systems. The sewage system cannot cope with the large flow of tourists, which is why the resort smells “like one big public toilet.” “Just imagine: there is no pushing on the beach, green mucus into the sea, it stinks of sewage and rotten algae … And God forbid you catch something just at the moment the water or light is turned off,” the traveler summed up.