Roskosmos: Progress MS-17 spacecraft was sunk in the non-navigable part of the Pacific Ocean 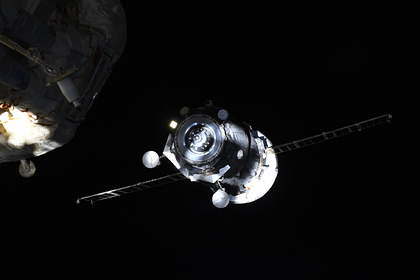 Russian spacecraft Progress MS-17 »Successfully deorbited and sunk. This was reported on Twitter by the state corporation Roscosmos.

“The Progress MS-17 cargo ship, which undocked from the ISS this afternoon, was sunk in the non-navigable part of the Pacific Ocean,” the message says.

< p> Earlier, Roskosmos reported that the undocking of the Progress MS-17 spacecraft from the International Space Station (ISS) is scheduled for November 25 at 14:18 Moscow time. On November 26, the Progress M-UM module spacecraft with the Prichal nodal module will be docked to the ISS.

On Sunday, the state corporation announced preparations for the launch of the Soyuz 2.1b launch vehicle, which injected into orbit “Progress M-UM” and “Prichal”.

In October, it became known about the preparation of the record-breaking flight “Progress”. The Progress MS-19 spacecraft, which will be launched in February 2022, will stay on the ISS for up to 370 days.