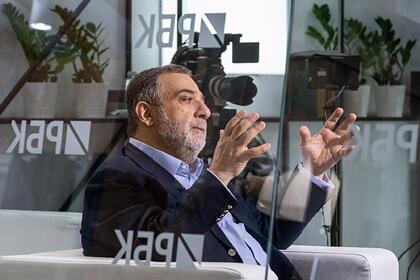 Russian-Armenian billionaire, former owner of Troika Dialog investment company (now – Sberbank CIB) Ruben Vardanyan in an interview with RBC spoke about the desire to build a political career in his homeland and benefit the Armenian people in any role, including as a cleaner.

“Everything that I say is I always say that if the elite that consolidates and together thinks that this is the right decision, so that there is me or someone else, any decision is possible, because I am ready to be a shoemaker for my nation, and a cleaner, and a leader, ”said Vardanyan, answering the question whether he is ready to become the president of Armenia.

According to him, the country is currently in a very difficult situation, and the question of maintaining its independence is being questioned. “Now to want to lead the country in its current state, from the point of view of ordinary Armenian society, that“ he wants to be the leader of the country, ”it must be an illogical person,” the businessman noted.

Ruben Vardanyan became famous as a co-founder , the head and shareholder of Troika Dialog, one of the first Russian investment and brokerage companies, established in 1991. In 2019, the EU authorities conducted a preliminary investigation into the company on suspicion of money laundering through a network of offshore structures, but did not find enough evidence for an official investigation.

By that time, Troika Dialog had ceased to exist in its former form , becoming the investment banking division of Sberbank, which bought it out. Vardanyan's fortune is estimated at about one billion dollars.