The Swedish Khimki footballer Philip Dagerstol on life in Russia: Russians have a huge heart 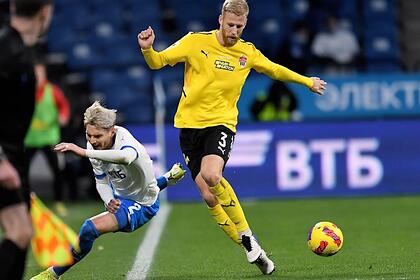 Swedish defender of the Russian Premier League club ) Khimki Philip Dagerstol shared his impressions of life in Russia. His words are quoted by Sport24.

The footballer drew attention to the fact that he had always lived in Sweden, so the move was not easy for him. He was afraid that in Russia no one speaks English, and that the inhabitants of the country themselves are tough people who are difficult to find an approach to. “At first they were a little afraid to talk to me, but over time they opened up more and more. Russians have a huge heart. I didn’t think that you are so open, kind and amazing people, “Dagerstol emphasized.

The defender is a graduate of the Swedish Norrköping club. Together with the team, Dagerstol became the champion of Sweden and the owner of the country's Super Cup. He signed a contract with Khimki in January 2021.

In April, Zenit St Petersburg defender Douglas Santos spoke about a stereotype about Russians that is widespread in Germany. Santos, who played for Hamburg before Zenit, said German teammates called the Russians cold.