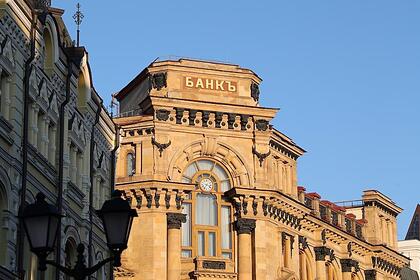 In 2021, Russian banks can earn 2.5 trillion rubles in net profit, which will be a historic record. This is the conclusion reached by the rating agency National Credit Ratings (NKR), RBC reports.

The estimate coincides with the forecast issued by the Central Bank the day before. At the end of 2022, the result will be 2.4-2.7 trillion rubles, that is, the sector can either repeat or renew the maximum, the agency's analysts predicted. However, they add, this indicator significantly depends on the business growth rate, the level of interest margin and the cost of risk.

From January to October this year, banks received 2.1 trillion rubles in profit, which is 62 percent more than years ago. The largest contribution is provided by mortgages – 26-27 percent at the end of the year, unsecured retail loans – 19-20 percent, loans for small and medium-sized businesses (SME) – more than 20 percent.

A short-term increase in net interest margin will also lead to an increase in income – from 4.3 percent to 4.6 percent in the third quarter amid a sharp increase in the key rate of the Central Bank. At present, it is 7.5 percent, but experts expect that at the end of December the regulator will bring it to 8-8.5 percent in order to fight inflation.

The latter circumstance will force banks to bring profitability on deposits to 7.5 percent and higher by the end of the year, which will put pressure on profits. In addition, as noted by the experts interviewed by the publication, an increase in the cost of risk and an increase in the number of borrowers' defaults may have a negative impact.

The NKR believes that in 2022 the growth in the issuance of unsecured loans will halve, from the current 1. 7 percent in September and 1.4 percent in October to 0.8-1.0 percent. One of the reasons in the report named the Central Bank's plans to expand the concept of the full cost of a loan to include new types of payments, which could reduce interest in loans.

Earlier at the Institute for Economic Policy named after E.T. Gaidar calculated that in the first three quarters of the year, Russian banks earned a record 1.87 trillion rubles.