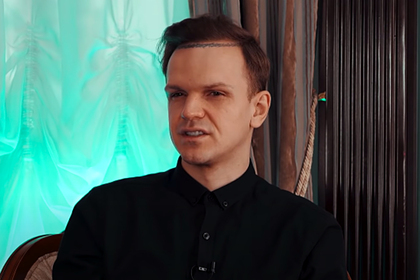 Popular video blogger Dmitry Larin announced that he was leaving Russia. He announced his departure from the country in an interview for the YouTube channel “PRO People”.

According to the blogger, the decision to leave the country was difficult and painful for him, since in Russia he grew up and became what he is now. Larin noted that he is going to live and work in Bali for some time. “This is actually not a final process. There is a plan for five years, there is a fork of plans, I would even say. I cannot say about the rest of the nuances, but for the next at least six months I will be in Indonesia, ”he said.

Among the reasons for the move, Larin named the search for a more favorable climate in comparison with St. Petersburg, where he lived in recent years, and the social problems of Russia. “I don’t know how to explain this, but people are becoming more and more sullen, squeezed. People are getting scared, and more and more often because of some news you realize that we live in collective schizophrenia, because much is not allowed, but it is possible, something seems to be allowed, but it’s better not, ”he said. p>

The blogger added that his decision to leave was also influenced by the arrest of his colleague Yuri Khovansky, who is accused of justifying terrorism because of the song about the terrorist attack on Dubrovka. As Larin noted, he thought about leaving Russia when he was stopped in the courtyard of his house, taken without a summons to the Investigative Committee for interrogation and declared a witness in the case, which, in his words, was “sewn with almost white thread.”/p>

On June 9, it was reported that Larin was detained. Later in his blog, he said that he was taking part in the Khovansky case as a witness. According to Larin, he did not understand why he was summoned for interrogation, since he has nothing to do with the song, because of which his colleague is accused of justifying terrorism.

Khovansky was detained in early June. The blogger was accused of justifying terrorism after two videos appeared on the Internet in which he sang a song about the terrorist attack in the theater center on Dubrovka in 2002. Under the article, under which a criminal case was initiated against him, either a fine from 300 thousand to a million rubles is provided, or imprisonment for up to seven years.