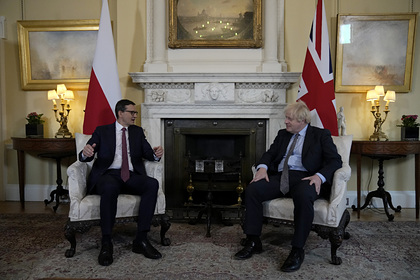 British colleague Boris Johnson, among other things, discussed the introduction of a wide range of sanctions against Belarus and Russia in connection with the situation on the eastern border of Poland. The quote is given by RIA Novosti.

“Boris Johnson and I discussed various mechanisms for overcoming this crisis. Unfortunately, one of them is a very clear, wide range of sanctions against Belarus, as well as, if necessary, against Russia, “the prime minister said.

According to the politician, Warsaw and London consider the Russian side guilty of the migration crisis on the Polish-Belarusian border. In addition, she is blamed for the unstable situation in Ukraine and the rise in energy prices in Europe.

Moravetsky has already accused Moscow and Minsk of attacking Europe with the help of migrants. He believes that what is happening at the border is part of some kind of coordinated operation.