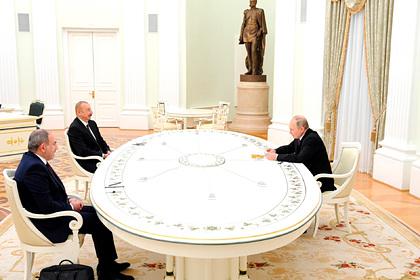 The leaders of the two countries will talk about the issue of demarcation of the border between Armenia and Azerbaijan. The issue of delimiting territories is now the most important in their relations – because of the border dispute on November 14-15, a military clash took place between the armed forces of the parties. The conflict was resolved after the intervention of Russia.

Pashinyan and Aliyev decided to negotiate in Sochi after it became known about another planned meeting between them. On November 19, the head of the European Council Charles Michel announced that the leaders of Armenia and Azerbaijan intend to fly to Brussels in mid-December for the summit of the “Eastern Partnership” of the European Union. The news of the visit of both politicians to the EU capital appeared against the background of reports of several times postponed meeting in Russia.

Following the talks, the parties are expected to sign an agreement on the creation of a single commission to determine and agree on the state border. “The potential document will only concern the creation of a commission of Armenia and Azerbaijan, which will begin to work on delimitation and demarcation … There will not be boundaries indicated,” Pashinyan said on November 23 about the current status of the negotiations.

Earlier, Federation Council Chairman Valentina Matvienko, at a meeting with the speaker of the Azerbaijani parliament, Sahiba Gafarova, said that the parties came to a common opinion on the source of data for the approval of new borders. According to Matvienko, these will be Soviet maps of the region from the archives of the Russian Ministry of Defense.