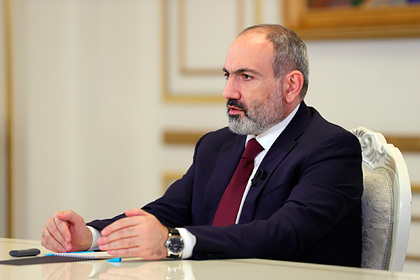 Related materials00: 01 – October 30 “It was very scary” 30 years ago, interethnic conflicts began in the USSR. How did eyewitnesses and participants remember them? 00: 04 – 22 November

Despite the absence of an agreement on border demarcation, Pashinyan called such actions unacceptable and accused Baku of violating the provisions of the agreement signed a year ago.

The head of the Armenian government noted the importance of unblocking regional communications and reminded that the republic is ready to start the process of demarcation and delimitation of borders with Azerbaijan. The politician also assured that Baku and Yerevan have come to concrete decisions on stabilization in the South Caucasus.

Talks between Putin, Aliyev and Pashinyan are taking place in Sochi on November 26. The meeting in this composition is timed to the anniversary of the signing of the trilateral ceasefire statement. The agenda will include the continuation of the settlement of the situation around Nagorno-Karabakh, discussion of economic and transport ties in the region and their unblocking.

Territorial disputes between Yerevan and Baku escalated after the end of the conflict in Nagorno-Karabakh, when several disputed regions ceded to Azerbaijan. In early May, the Armenian Defense Ministry recorded the advance of Azerbaijani soldiers deep into the Syunik and Gegharkunik regions. Baku called the actions of its military personnel correct and justified within the framework of the process of clarifying the borders.