The investigation asked the court to place the management of OTB-1 in the pre-trial detention center, where prisoners were tortured 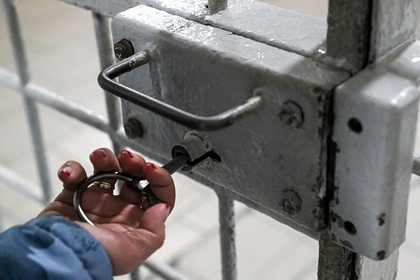 OTB-1) want to be placed in a pre-trial detention center – the investigation asked the Volzhsky District Court to choose such a preventive measure, the petition will be considered behind closed doors. This was reported on Friday, November 26, TASS reports.

The head of the regional tuberculosis hospital (OTB-1) of the Federal Penitentiary Service for the Saratov Region, Colonel of the Internal Service Pavel Gatsenko and the head of the security department, Lieutenant Colonel of the Internal Service Sergei Maltsev are accused of complicity in violent actions of a sexual nature. The Prosecutor General of the Russian Federation stated that 12 criminal cases of rape, extortion, abuse of office were initiated and are being investigated on the facts of torture in OTB-1 of the Saratov region.

Earlier it was reported that it was precisely those who received a wide public resonance of incidents of torture in prisons and pre-trial detention centers.

In early October, the founder of the human rights project Gulagu.net Vladimir Osechkin said that the organization received and removed from Russia more than 40 gigabytes of video files of the Federal Penitentiary Service, which confirm the systemic nature of torture in Russian colonies and pre-trial detention centers in Irkutsk, Vladimir and Saratov regions. He later told Lente.ru that the number of informers reporting violations of the law in the FSIN system is gradually growing.