Most often, Russians make spontaneous purchases in the clothing and electronics categories 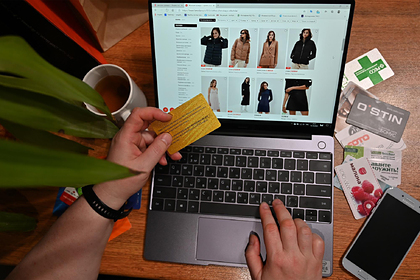 Russians have begun to make impulse purchases on online retailer sites more often. This is evidenced by the results of a study that came to the disposal of Lenta.ru on Friday, November 26.

A joint survey was conducted by the ad service Yula, the platform for the selection of psychotherapists “Meta” and the analytical agency ResearchMe. In total, more than 1200 respondents from all over Russia took part in the experiment. It turned out that during the coronavirus pandemic, more than 50 percent of respondents began to spontaneously purchase goods on the Internet.

It is known that a fifth of the survey participants resort to online shopping every week, 33 percent – once every two or three months, and 27 percent – no more than once a month. According to the survey, during the international Black Friday campaign, people tend to buy things in online stores twice as often.

Meta experts explained that in 2021 the demand for psychotherapy services in Moscow has doubled times, and in the regions – by 3.5 times. Experts attribute the increase in spontaneous purchases to this fact, since they are one of the most effective ways to reduce anxiety for a short time.

Previously, a psychotherapist revealed ways to avoid unnecessary purchases on Black Friday. Viktor Nurdaev advised to remain attentive to yourself and your condition. He described the constant checking of goods and prices as an alarming factor. The potential savings are not worth the hassle, he said.