Head of NAPKA Mehdiyev: seven to eight million Russians will not be able to leave the country due to debts 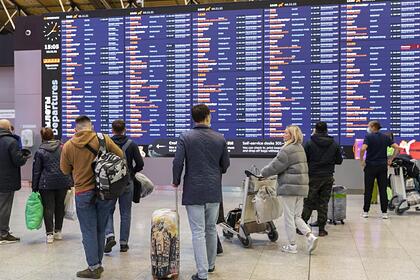 About seven to eight million Russians can problems arise due to debts when traveling abroad. RIA Novosti writes about this with reference to the President of the National Association of Professional Collection Agencies (NAPKA) Elman Mehtiyev.

To avoid this, Mehdiyev advises 10-14 days before leaving through the FSSP website to clarify whether a person appears in the database enforcement proceedings. If yes, then it is necessary to pay off the debt in full, notify the body that imposed the ban, and wait about 10 working days for the data to be entered into the database.

The President of NAPCA added that the average borrower is a man and a woman aged 30-35 who are married and with children. The average income of a family of debtors is about 30-60 thousand rubles, although in large cities this figure is 2-3 times higher. Most of the debtors are among drivers, sellers and waiters (they account for 20 percent of the total).

According to the organization, in 60 percent of cases, delinquencies are made on consumer loans, in 37 percent – on credit cards. The best payments are made on secured loans: car loans account for 1.5 percent of delinquencies, mortgages – 0.5 percent. On average, Russians are overdue on loans of 70-80 thousand rubles, and on microloans – 10-12 thousand rubles , 24 percent.