Military historian Yulin: the situation can reach a world war in most of the world 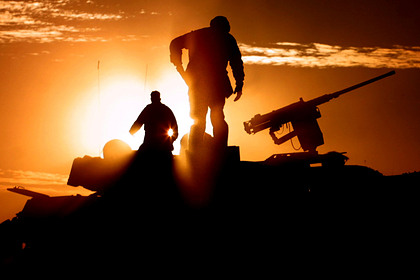 In case Russia, Ukraine and NATO countries will not abandon militant rhetoric and will not try to reach compromises on current sensitive issues, the situation may reach a world war that will cover most of the globe, warned military historian Boris Yulin. In a conversation with Lenta.ru, he added that the temptation to use weapons of mass destruction among states is much greater today than before.

The British authorities plan to transfer part of the troops and hundreds of units of military equipment to Germany as part of large-scale transformations in the army in case of war with Russia. It is also planned to create new military bases in Kenya and Oman.

Yulin recalled that Great Britain is one of the leading members of NATO, an organization that has always been hostile towards Russia. The only difference with the events of past years, in his opinion, is that if earlier the military conflict seemed to be something distant, now its perspective is becoming more and more obvious.

“This is indicated by the concentration of forces, and the complete rearmament of NATO forces, and the armament of the Eastern European countries. There is a buildup of military tension. In addition, Great Britain is pursuing an active foreign policy, recreating the system of neo-colonialism. Oman, for example, is a way to control Iran and oil flows. Bypassing this country, it is impossible to leave the Persian Gulf. So, there is nothing globally new here, only real politics becomes more visible, “the military expert believes.

For many, the beginning of a full-scale war seems impossible in the modern civilized world, Yulin noted and suggested paying attention to the fact that the war in Yugoslavia was once considered impossible, but the country was still bombed under the guise of a peacekeeping operation. Moreover, according to him, the First World War also seemed unrealistic to his contemporaries.

“The same was said on the threshold of World War II, when all the participants had weapons of mass destruction. Now nuclear potentials, by the way, are much less than before, especially if you count in terms of total power. That is, they cannot serve as a serious scarecrow in the sense that the entire civilization of the Earth is threatened with destruction. Therefore, the temptation to use such a weapon is much higher. By the way, the Americans have repeatedly threatened to use nuclear weapons after the Second World War. Last time – in North Korea, “- recalled the interlocutor of” Lenta.ru “.

Yulin concluded that if countries do not find compromises, do not reduce military rhetoric, the situation could reach the third world war, which will affect most of the Earth.

The only consolation, though weak, is that the main adversary of the United States is still China, not Russia. We do not pose a threat to their hegemony, but China does.

On November 14, the head of the General Staff of the British Armed Forces, General Nick Carter, said that Russia is ready to use all the tools to achieve its own goals, but does not want to unleash the real war. In his opinion, the Kremlin intends to get what it wants using different global strategies, “in a much more delicate way,” and not through military actions.