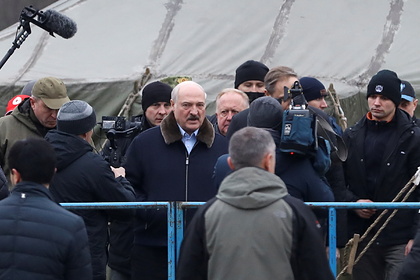 President of Belarus Alexander Lukashenko proposed a solution to the crisis on the Belarusian-Polish border. He asked the Polish leadership to let the migrants go to Germany, TASS reports.

At the same time, the Belarusian leader assured the refugees that the country's authorities would not politicize their problems. “In no case will we play and make politics according to your destinies,” Lukashenka stressed during his speech near the transport and logistics center next to the Bruzgi checkpoint on the border with Poland.

According to him, the Belarusian authorities will not forcibly expel migrants and will not escalate tensions in relations with Poland in order to create a humanitarian corridor for refugees.

“In no case will we detain you, load you on airplanes and send you home if you don’t want that, ”the President of Belarus assured and noted that about a thousand migrants had already left the country. He clarified that in total there are about 2-3 thousand refugees on the territory of the state.

Lukashenko also said that Belarus would not hinder the breakthrough of migrants to the West, and noted that if the problem of the crisis on the border is not resolved now, it will worsen in winter and spring.

On Friday, November 26, Alexander Lukashenko arrived at the transport and logistics center near the Bruzgi checkpoint on the border with Poland, where migrants are accommodated. He examined the food distribution point and talked with representatives of the Red Cross. The refugees greeted him with applause.