Lukashenko addressed the migrants and told them about the “distraught” Europeans 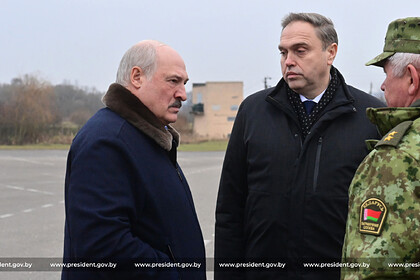 President of Belarus Alexander Lukashenko spoke to refugees from the Middle East, border with Poland. BelTA informs about it.

Lukashenka said that some migrants, “believing in Western propaganda,” are looking for a better life in Europe. Others do not see prospects for their children at home. “In a word, people here are different. But you have one big, common problem: you just got into trouble. I'm sure this is temporary. We, Belarusians, including myself, will do everything as you wish, even if it is bad for Poles, Latvians and someone else, ”the president said.

He added that Belarus cannot make a war to break through a corridor for refugees to Germany. “People on the other side [of the border] have gone mad,” Lukashenka noted.

At the same time, the Belarusian authorities will not forcibly expel migrants to their homeland, he assured. “It is your will: pass – go. That's the whole philosophy, ”Lukashenka said about the desire of people to get to the territory of the European Union.

Earlier it was reported that Lukashenka arrived at a transport and logistics center on the border with Poland, where migrants are accommodated. He examined the food distribution point and talked with representatives of the Red Cross. The refugees greeted the President with applause.