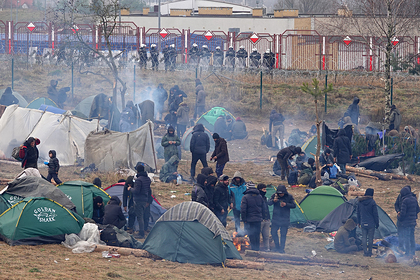 countries of the European Union. BelTA informs about it on November 26.

According to him, there are about 5 thousand refugees from the Middle East in the republic.

“According to our calculations, in the territory of Belarus, in addition to this two thousandth camp, about 2-3 thousand refugees from your countries. But these are very approximate figures, “he said, speaking to the migrants accommodated in the transport and logistics center near the border.

Earlier, Lukashenka said that the refugees were in trouble, but this is temporary. Belarus will do everything as they wish, “even if it is bad for the Poles, Latvians and someone else.” The head of state assured that migrants will not be forcibly expelled to their homeland.

“It is your will: if you go through, go. That's the whole philosophy, “Lukashenko said about the desire of people to get into the EU.

The migration crisis on the border between Poland and Belarus escalated on November 8. The West believes that Minsk deliberately organized this situation.