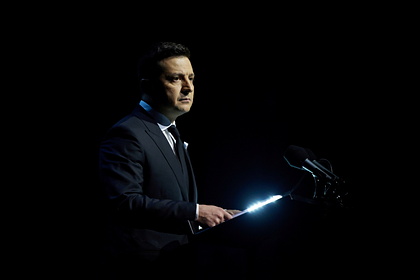 Anna Dzioba told the details of the incident. She told about this on the air of the Pryamoy TV channel.

According to her, before the officers of the State Security Administration (UGO) pushed her, they also grabbed the video blogger and tried to take his phone away from him. “At that moment, I saw it and told the operator,” take me this moment, look what is happening there. ” After that, I realized that this was not the hood, but the rear of the car. And at that moment, when I was lying on it, I said: “Guys, what are you doing? Should I be here? Are you serious?” threw her off the hood and knocked her to the ground. “And here I am already grateful to my colleagues who took me by the scruffs from under the feet of the UGOshniks,” she said.

The journalist reported that she was diagnosed with a bruise of the elbow joint. She also added that her fingers were swollen.

Earlier it was reported that Zelensky's guards pushed the journalist onto the hood of the presidential motorcade. It is clarified that the representatives of the state security knocked the girl down, as a result of which she fell on the tile and received a bruise on her hand and a wound. The incident took place at the exit of the building in Kiev, where the press conference of the head of state with journalists was held.