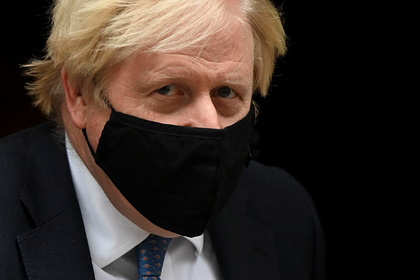 British Prime Minister Boris Johnson proposed a plan to French President Emmanuel Macron to combat illegal migration across the English Channel. He assumes that Paris will take illegal immigrants back to itself. This proposal angered the French side, writes Reuters.

For example, French Interior Minister Gerald Darmanen canceled a scheduled meeting with British colleague Priti Patel in protest. “The letter from British Prime Minister Boris Johnson to French leader Emmanuel Macron [on the migration problem and its solution] is disappointing, and the fact of its public release is even worse than the letter itself,” said Darmanen.

Ours is a stranger. Europe has accepted millions of refugees. Why are they now hated, considered terrorists and want to drive them out? 00: 02 – November 20

Indigenous people have no place here. Millions of people in the United States and Europe endure poverty and humiliation. Why are they not protecting small peoples there?

In Paris, they are sure that the British prime minister not only spoiled relations, but also showed his incompetence in resolving the crisis.

On November 25, Johnson, among other things, proposed to introduce joint patrols off the coast of the English Channel, the deployment of advanced technologies and aerial surveillance of the strait.

Paris and London are actively discussing how to solve the problem with illegal immigrants, amid numerous reports of migrants drowning in the Channel. So, on November 24, a boat carrying illegal immigrants sank in the waters of the Pas-de-Calais off the coast of France. 31 people died, two survived, but their lives are in danger.