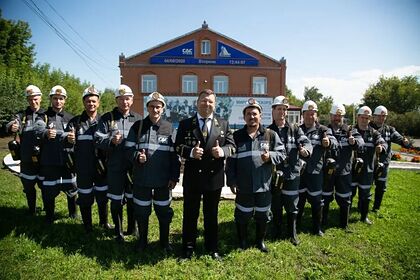 Sergey Makhrakov, director of Listvyazhnaya Mine LLC, won a regional competition coal mining industry “Kuzbass – the coal” heart “of Russia. This was reported on the website of the SDS holding, which includes the enterprise.

It is specified that Makhrakov was declared the winner in the nomination “Director of the Mine-2021” in August 2021.

Makhrakov began his working career from the driver of underground installations at the Kolmogorovskaya mine. He became the head of Listvyazhnaya in 2013.

Earlier, the former miner of the fourth-grade production face Denis Timokhin told the Lenta.ru correspondent that the director of Listvyazhnaya, in which 52 people died, was confident in his complete impunity. Moreover, the interlocutor of the publication accused the management of the requirement to make changes to the design of the combines so that they could continue to work in conditions of increased concentration of explosive methane at the bottom.