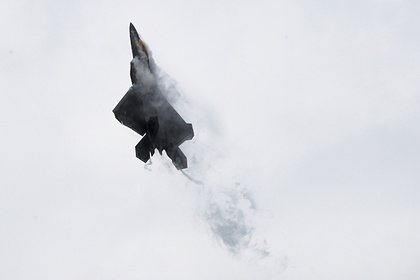 Air Force (Air Force) aircraft combat readiness The US has declined. Their condition is reported by 19FortyFive with reference to a report published in Air Force Magazine.

The publication emphasizes that only one of the eight types of US Air Force combat aircraft increased the level of combat readiness – the A-10 Thunderbolt II attack aircraft, to 72.54 percent.

The author drew attention to the reduced share of fifth-generation aircraft ready to perform tasks. The F-22 Raptor's readiness rate was 50.81 percent, while the F-35A's readiness dropped to 68.8 percent. 19FortyFive emphasizes that in the event of a conflict with Russia or China, the US Air Force will have to use aging aircraft and a limited number of fifth-generation fighters.

The US Air Force uses the concepts of combat readiness and full combat readiness. Fully operational aircraft are considered to be capable of performing all tasks assigned to this type of aircraft. If an aircraft can complete at least one mission, it is considered combat-ready. This figure was taken into account in the Air Force Magazine report.

Earlier in Russia, they described a method of destroying F-35 Lightning II fighters. It has been noted that mid-air refueling deprives stealth aircraft of the stealth benefits.